The Write Choices – Relevance and Truth 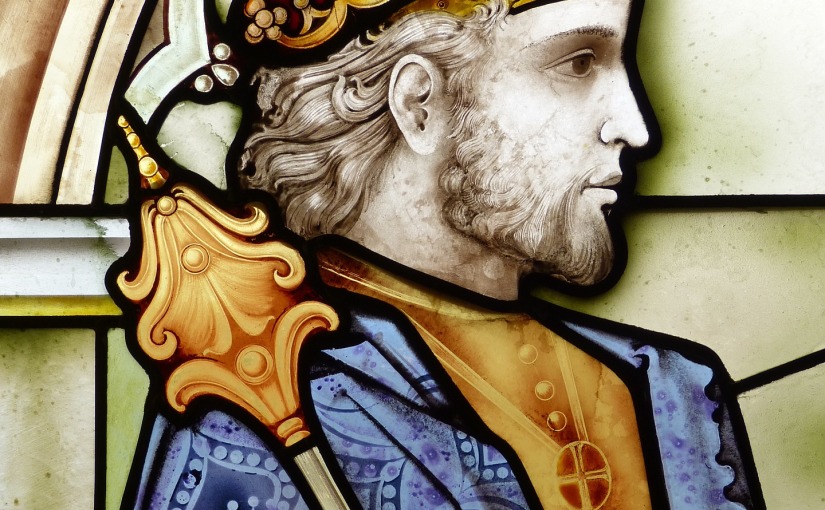 Writers have been fascinated with the story of Arthur and his Knights of the Round Table for centuries. Each new “biographer” has imbued the King with new life, embellishing and enhancing his legend with experiences wrought from their own lives and their own times. In this way Arthur, through the eyes of a writer, becomes a man of the present rather than a stale hero from the distant past.

Historical Value on a Legendary Scale

King Arthur Pendragon is a unique character in terms of history and literature. His existence is debated, yet his legend has survived for over 1500 years. All major literary works (and there are hundreds) dealing with Arthur are classified as fictional, yet from each tale readers may glean a significant understanding about history: not necessarily the historical time in which Arthur was supposed to have lived, but the time in which his chroniclers lived. The character of Arthur and the tenor of his tales have changed over the years because authors carry Arthur’s legend into the present. Authors ensure his endurance.

King Arthur was alleged to have lived around 500 A.D. when he united the ancient warring tribes of Britain to form a single country.

Despite a lack of proof to back such assertion, the story persists and the details of the tale are surprisingly resilient. All of the stories depict Arthur as coming from humble (albeit royal) beginnings, ascending the fractured and contentious throne of Britain at a young age.  Arthur’s dream is to unite Britain – and he does so by bringing England’s disparate tribes together to form the Knights of the Round Table. Each iteration has Arthur embroiled in battles: sometimes with minor British kings, sometimes with Saxon invaders, and sometimes with enemies of The Crusaders.

Most enduring is that each novel contains the fabled love triangle of Arthur, his Queen Guinevere, and his trusted knight Lancelot. With sadness and trepidation, most of the tales introduce Arthur’s illegitimate and destructive son, Mordred.

The details of this legendary life are surprisingly consistent among the many books published over hundreds of years. The perspectives, however, are anything but.

The great books about Arthur reflect the world in which the author lived far more than the times in which Arthur himself was supposed to have lived. 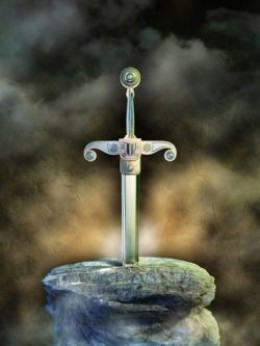 In my quest to learn more about Arthur, I read two different translations of Sir Thomas Malory. I did not attempt to struggle with the original, which is written in an archaic style replete with Old English spellings and out-dated word usages; however, I am grateful that Steinbeck and Baines were willing to wade through the morass.

I found Malory’s Arthur (as retold by both Baines and Steinbeck) to be shallow and cruel, far different from the fair and gentle child I had come to expect from T.H. White. Malory’s Arthur never struggled with the ethics of war, the value of life. Malory’s Arthur has no long-term goals for his kingdom nor remorse for slayings. I was unable to comprehend a character so devoid of humanity. However, I could not deny the work’s impact: Le Morte D’Arthur was created in the late 1400’s and Malory’s story has been the foundation for most of the literature written about King Arthur since then.

It was not until I learned Malory’s personal history that I began to understand better the Arthur that he had created. Malory (c. 1400 to 1472 A.D.) was reputed to have been an aimless playboy who wrote his book from a prison cell (much as Miguel Cervantes – another Arthurian admirer – later wrote Don Quixote).

In 1453, when The Hundred Year Wars in Europe had finally ended, soldiers returned to Britain after a lifetime of fighting. Given such a long conflict, these men had no profession other than war: they did not know how to farm, they did not know how to craft tools or build the houses necessary for a domestic life. Their lack of these skills set them adrift in the British landscape. Malory was one such disenfranchised soldier.

Malory’s Arthurian Legend emphasizes the quests, encouraging “noble” pursuits – a thinly veiled justification for the continued existence of a soldier’s lifestyle. Malory’s knights glorified righteous killing and welcomed honorable death – those traits soldiers coveted in battle. They knew nothing else. Malory knew nothing else.

T.H. White – The Once and Future King

As mentioned above, my first introduction to Arthur was in the Disney cartoon that took its inspiration from this book. It remains my favorite of the lot.

T.H.White published the first volume of The Once and Future King in 1938. At the time, Britain was rapidly approaching the conflict that was to become known as World War II.

White himself was a pacifist and created an Arthur torn between the dream of a united Britain and an evil invading force which threatened the peace he had built. White saw war as an unnatural state, one which does not exist in species other than Man, and one which brings more destruction than worth. His Arthur is a strong leader who abhors and tries to avoid war, who has been instructed by the wizard Merlyn in the ways of nature which, according to White, opposes war.

Just as Britain was poised on the brink of a conflict with Germany, White depicts the noble Knights of the Round Table positioned against the evil forces of Mordred. Arthur wrestles with the horrors of the battles to come just as Churchill and Roosevelt may have struggled with the specter of Hilter. White saw the problems of the 20th century world little changed from the 6th century Britain of Arthur.

Rosemary Sutcliffe – The Sword at Sunset

In her 1963 novel The Sword at Sunset, Rosemary Sutcliffe introduced “Artos” – a pragmatic personification of Arthur. Sutcliffe threw out the magic of Merlyn (such character does not appear anywhere in the pages of Sutcliffe’s book) and creates an Arthur who is an economist, a strategist, and a politician. Gone is the flash of magic and the righteousness of The Crusaders. Artos is obsessed with uniting his small isle against the Saxons to ensure its survival. He mourns the losses among his fighting men and the losses of his scarce war horses alike, both of which give strategic superiority to the Brits. He watches the budget and rations the food. Instead of being the devout Christian of Malory’s and White’s tales, Artos is opportunistically religious: he worships Christ when his allies are Christians, Mithras (an ancient god of strength and bravery) among his men, and the Old Religion of the Druids when the need arises. His sense of right and wrong are weighed against how best to accomplish his goal. He does not question war, merely recognizes its existence and necessity. He grieves for his Companions (Sutcliffe’s embodiment of The Knights of the Round Table) and suffers their miseries in battle at their sides.

In the time of Sutcliffe, the Korean War was behind us and Viet Nam was brewing. Wars began to look less like rescue missions and more like political maneuvers. No longer was our mission to save millions from certain death – we were saving millions from the elusive oppression of communism. Hardly the same thing. Our “crusades” took on a decidedly practical bent: we no longer captured and held territory, we racked up body counts. Our “victories” no longer had the pull of righteousness – expediency and practicality won the battles. Sutcliffe captures the philosophical wasteland of a 1960s war in her Arthurian tale.

Mary Stewart – The Crystal Cave, The Hollow Hills, The Last Enchantment, and The Wicked Day

In 1970, Stewart brings the magic back to the Arthurian legend. Told through the eyes of the wizard Merlyn, Arthur’s existence is seen to mark a renaissance — the dying of old ideals and the birth of new principles. Stewart’s Arthur lives at a time when Christianity comes of age and the old religions are dying in its wake. Arthur, as king, leaves the bawdy, selfish ways of his father King Uther and embraces the concept of country first. Justice and peace are the answers to a continued existence for his kingdom.

A comparison of the 1960s to the 1970s shows some remarkable regressions. Where the 60s ushered in an age of protest and rage against the status quo, the 70s saw those same protesters become part of the establishment. The bubble-gum tunes of disco replaced edgy rock music in popularity. Where once TV praised All In The Family for its political acuity, The Brady Bunch became the new barometer of urban life. Sutcliffe’s Arthur reflects that retrogression.

Berger’s Arthur is a man of paradoxes, reflecting the good and evil that exists simultaneously in the world, in the kingdom, and in people. The Arthur of Berger’s Arthur Rex is both strong and weak, mature and youthful, wise and foolish; Arthur is capable of monumental good as in the unification of his country, and equal evil as in the incestuous relationship with his sister. His strengths immortalize him; his weaknesses destroy him.

Even the minor characters of Berger’s book are complex: clergymen adamantly teach the laws of God and just as adamantly break them; Sir Kay (Arthur’s foster brother) is a pompous bore as well as a vital necessity to Arthur’s kingdom. Queen Guinevere is both wise and impetuous. Sir Lancelot is brave and true at time – and weak and disloyal as well.

Arthur Rex was published in 1978: a time when complexities were becoming evident to all. The late American president John F. Kennedy, much beloved and idolized during his life and for years after his death, was exposed as a womanizer; countries which had once been friendly to the US were now enemies and vice versa. The corruption of elected leaders throughout the globe was daily exposed.

A Reflection of the Times

There are other books about King Arthur, although I have not read them all. I plan to, some day.

Whether Arthur is a historical figure or a creature of myth, his story has attracted much literary attention for hundreds of years. His worth as a historical barometer is evident in the changes which have taken place in the nature of the character and the themes that the tales convey when viewed against the backdrop of each author’s decade, experiences, and beliefs.

What is next for the aging legend? Where will his story lead us?

Or rather, where will our future lead him?

Featured Image and all other images (unless otherwise expressly noted) courtesy of Pixabay.com